Born in Geneva in 1944, Dany Gignoux develops a humanistic view of the world as soon as she completes her studies. She travels extensively, takes an interest in distant cultures, and works briefly for the International Committee of the Red Cross (ICRC), where she files photographs in the documentation service. Photography becomes a self-taught passion, then, quickly, her profession. She meets the Swiss photojournalist Max Vaterlaus, who makes his lab available to her and helps her to get contracts. She then starts collaborating with press agencies and reporting on sports and cultural events from all over the world: regattas on the Isle of Wight, spiritualism in Brazil, religion and cafés in Portugal and Spain, Swiss folklore, lighthouses in Brittany... She also carries out missions for the ICRC in Ethiopia and Chad.

Because of her love of music, she regularly attends the vibrant music scene around Lake Geneva and its many festivals, such as the Montreux Jazz Festival and Paléo Festival in Nyon. Between the early 70s and 2004, she takes several thousand photographs, mainly in black and white, of musicians throughout concerts, festivals, rehearsals or on the road. Among them, a string of famous stars of pop, rock, world music or French chanson: Joan Baez, Alain Bashung, David Bowie, Manu Dibango, Bob Dylan, Serge Gainsbourg, Bernard Lavilliers, Claude Nougaro… Above all, she has numerous opportunities to photograph the elite of jazz, a music genre she particularly likes: Chick Corea, Duke Ellington, Bill Evans, Ella Fitzgerald, Stan Getz, Keith Jarrett, Elvin Jones, Joe Lovano, Hermeto Pascoal, Oscar Peterson, Michel Petrucciani, Archie Shepp, Cecil Taylor, Sarah Vaughan...

This vast legacy places Dany Gignoux in a category of her own: like few other photographers, she shows that jazz is as much an art of living as it is a musical expression. Far from the elegant patina of Herman Leonard, the famous "eye of jazz", or the dramatic flamboyance of Francis Wolff, the Blue Note producer who immortalised hundreds of the label's recording sessions on negative, Dany Gignoux's approach is above all intimate, spontaneous and personal.

She takes the time to follow the musicians on tour, to get to know them, lingers on a detail, a gesture, preferring an almost documentary background work to glamorous poses. The musicians themselves sometimes disappear from the picture in favour of an object they’re associated with, as in these close-ups of Gil Evans' legendary moccasins or the ashtray overflowing with cigarette butts of saxophonist Jimmy Lyons (who will die of lung cancer)...

She befriends many musicians, who appreciate her discretion and her respectful attitude. She follows Gil Evans, Miles Davis, Claude Nougaro or Dizzy Gillespie on their tours. They end up getting so used to her that they let her shoot as she pleases. Two beautiful books, the fruits of several decades of work, one devoted to Nougaro, the other one to Dizzy Gillespie, bear witness to this extraordinary complicity between the photographer and the musicians. Dizzy, the legend of be bop trumpet, is literally captured from every angle: trying on African stage clothes, talking at dawn with Parisian street cleaners, playing cards with a hotel employee, phoning his wife every day, joking with his musicians... and even taking a pee break on the side of the road!

In the light of this intimacy developed backstage, the photos of concerts acquire another dimension, convey a unique complicity: the photographer's gaze allows us to penetrate at the very heart of the spontaneous musical creation that takes place on stage, in front of her lens.
Luca Sabbatini (freelance journalist) 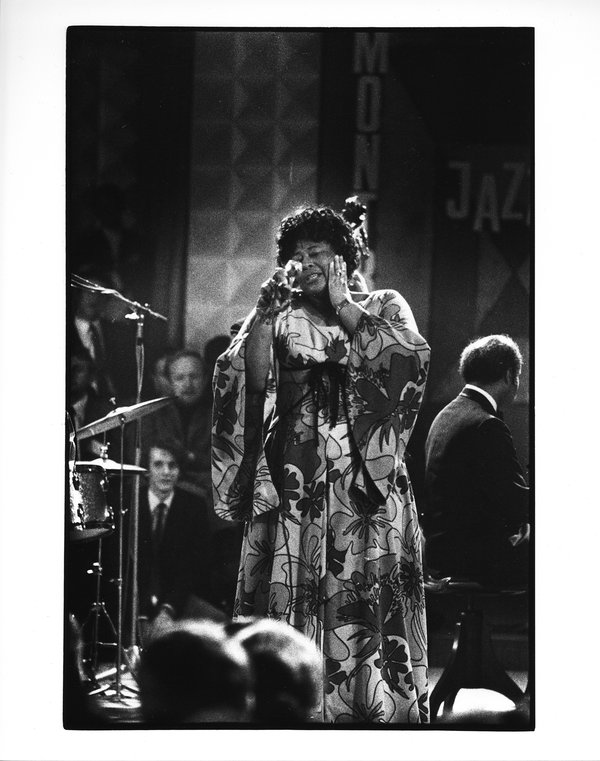 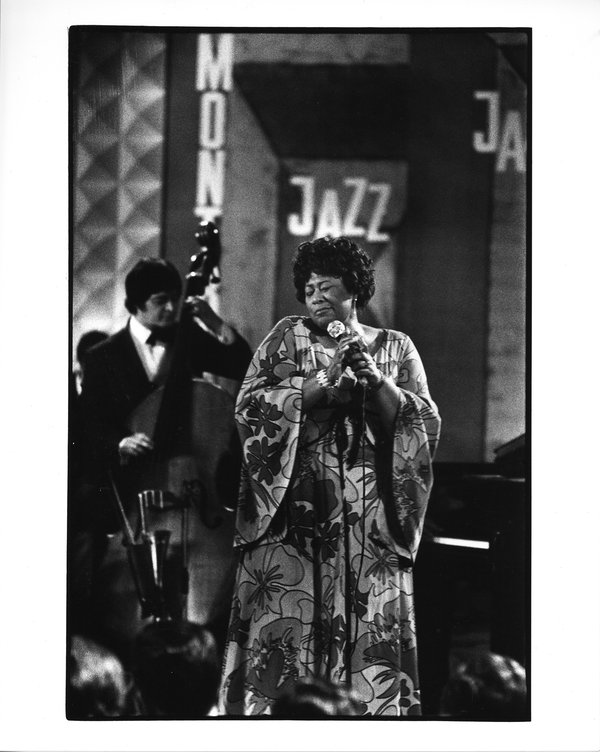 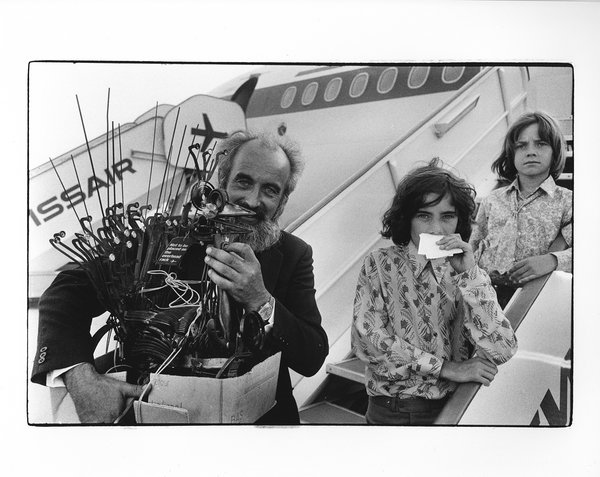 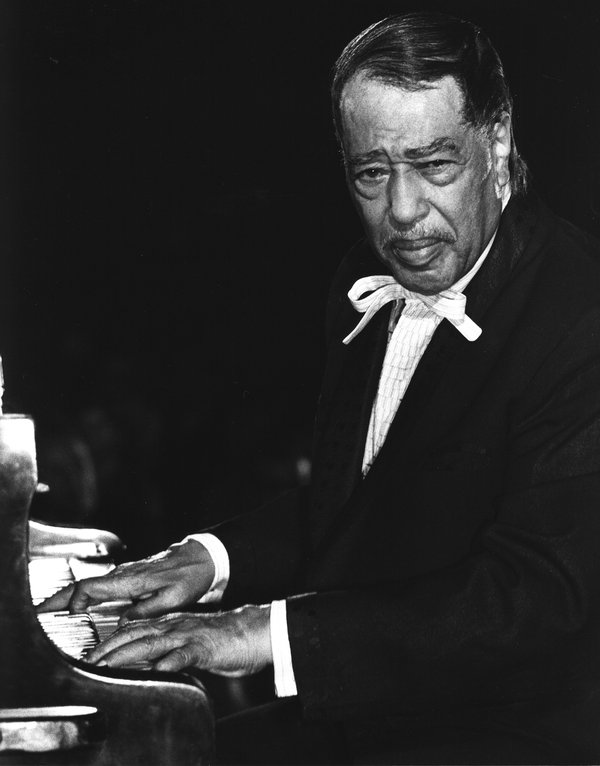 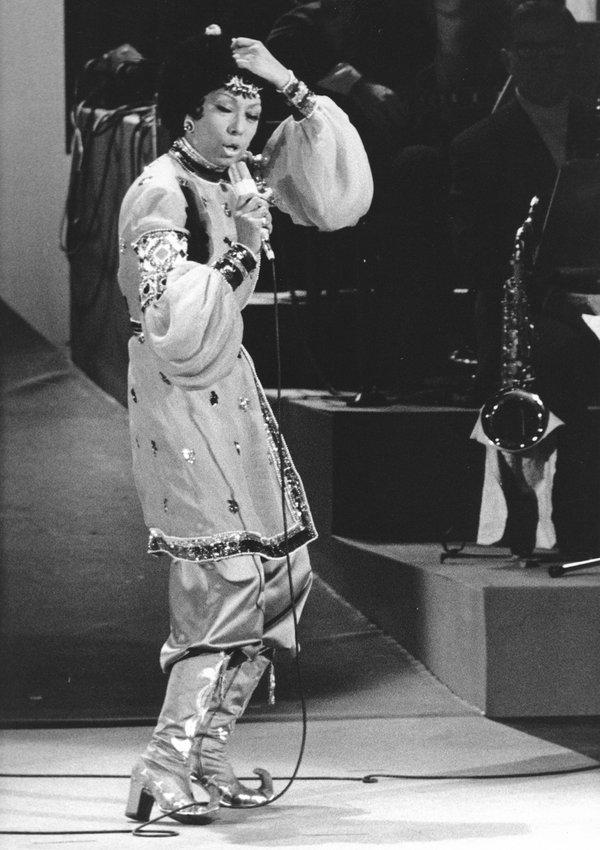 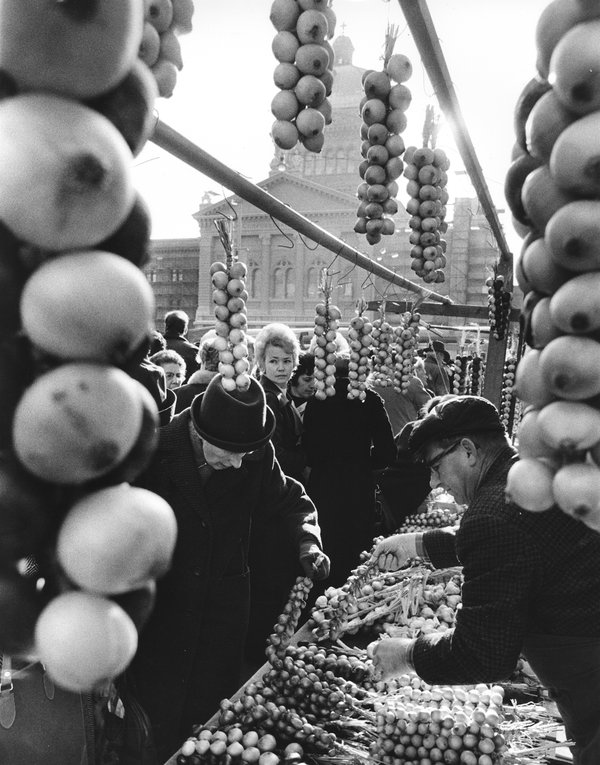 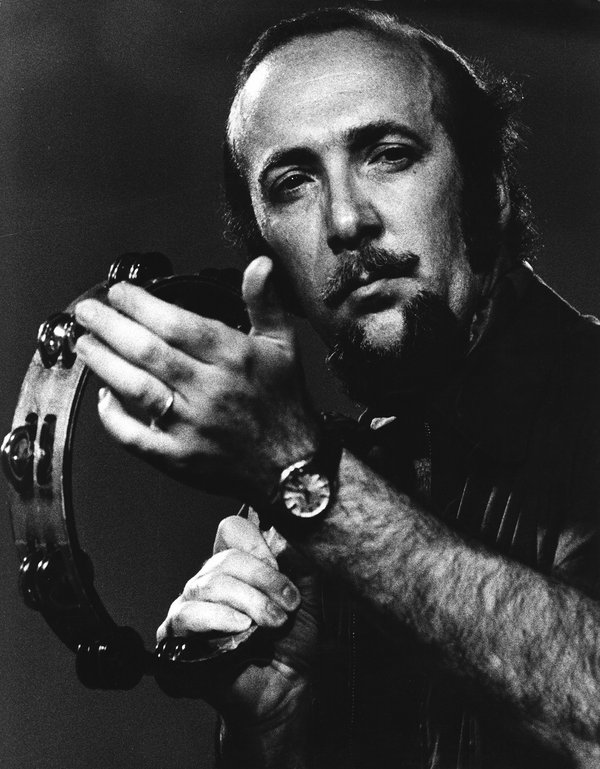 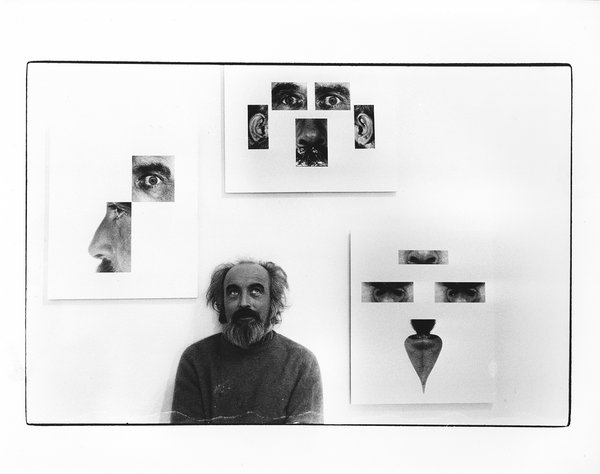 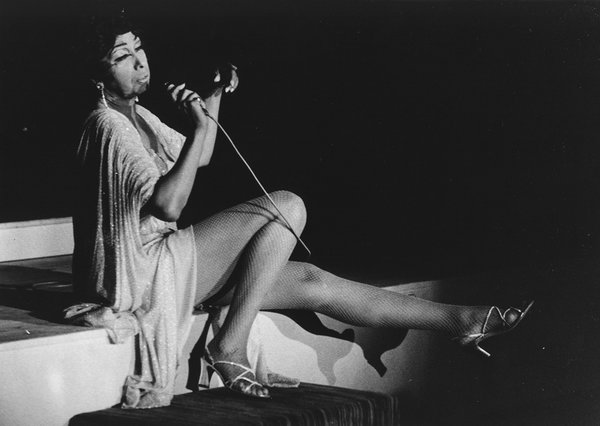 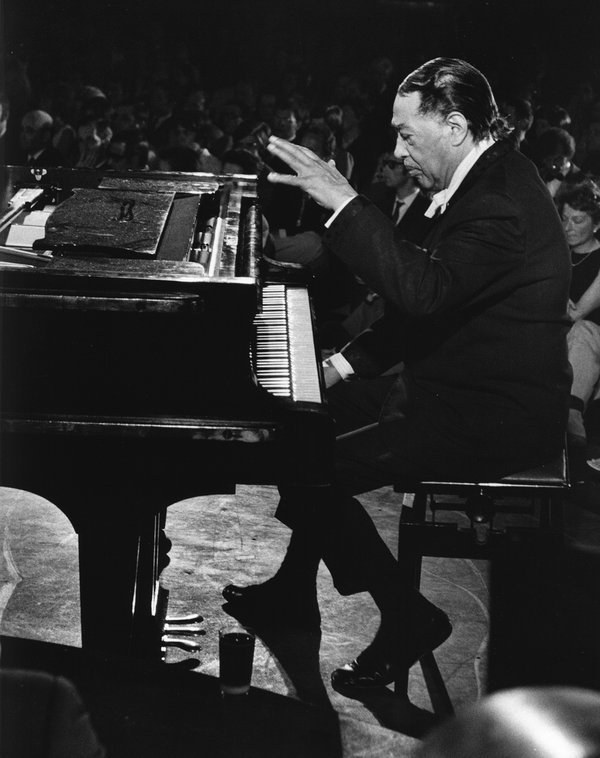 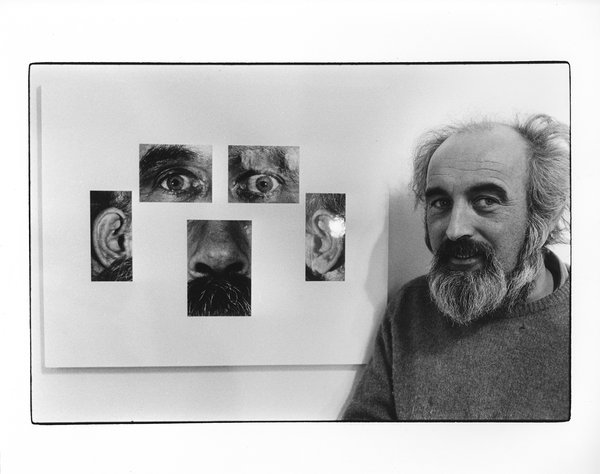 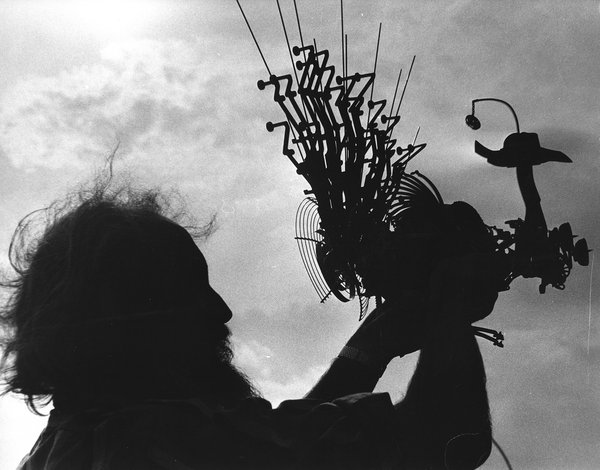 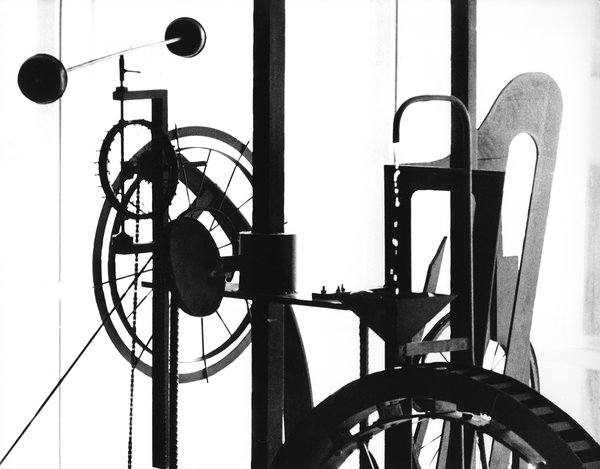 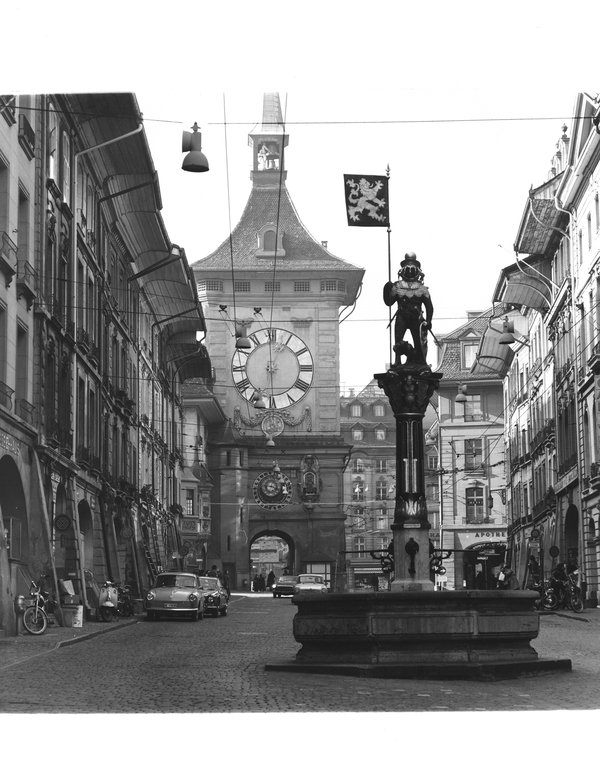 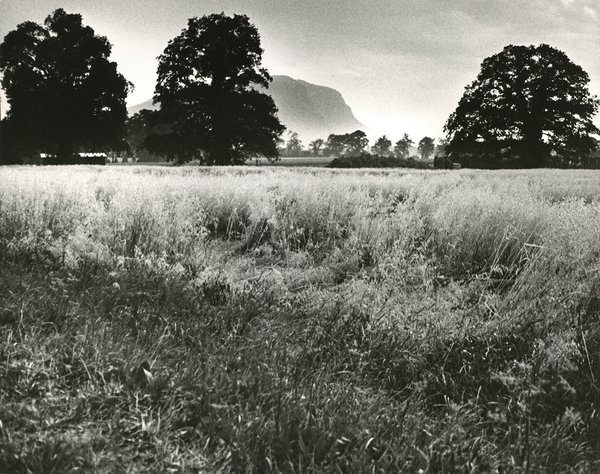 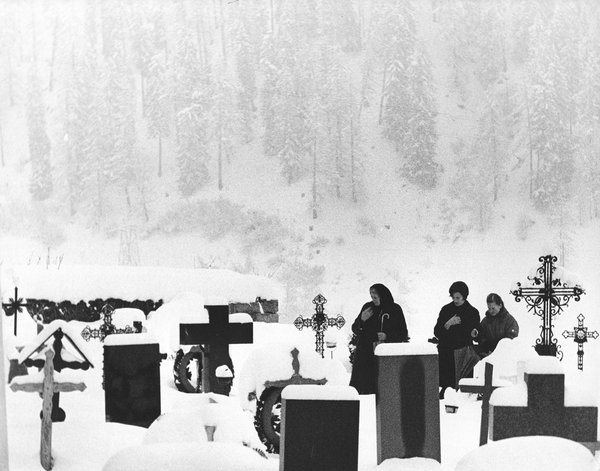 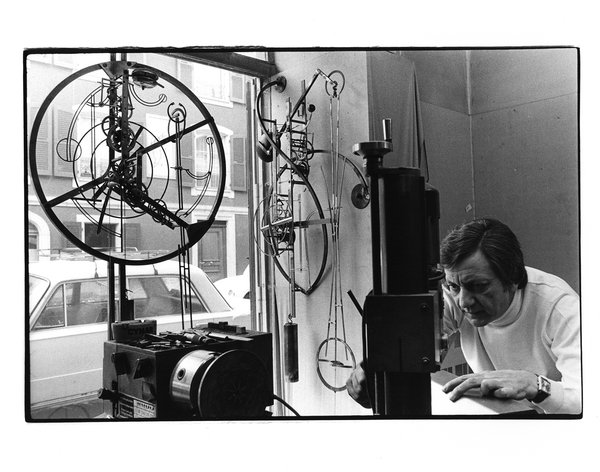 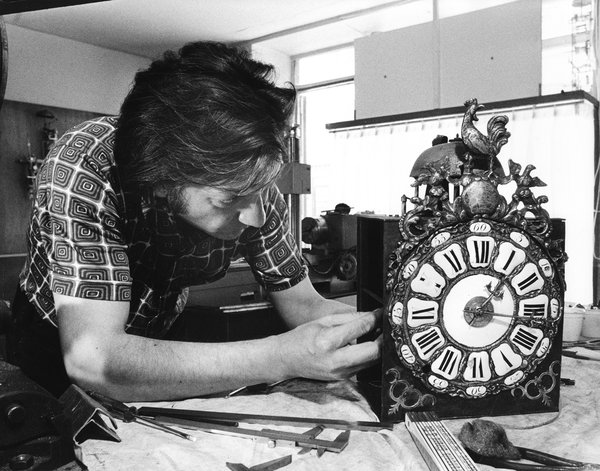 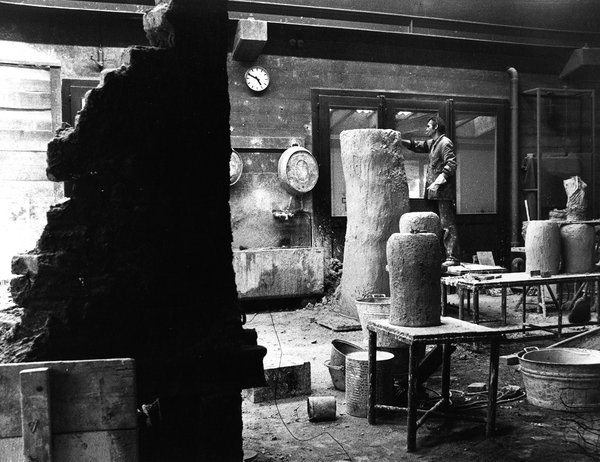 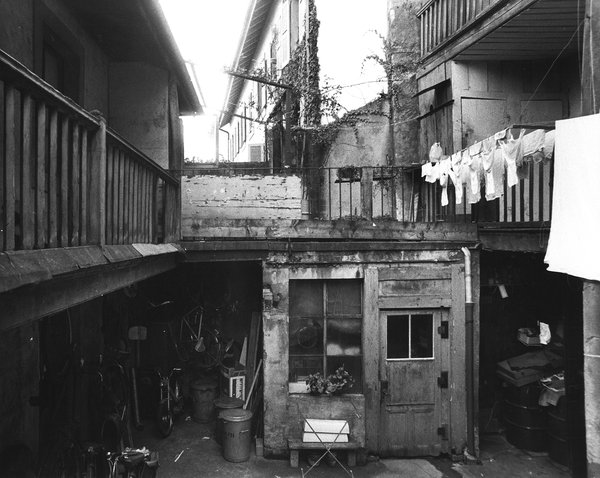 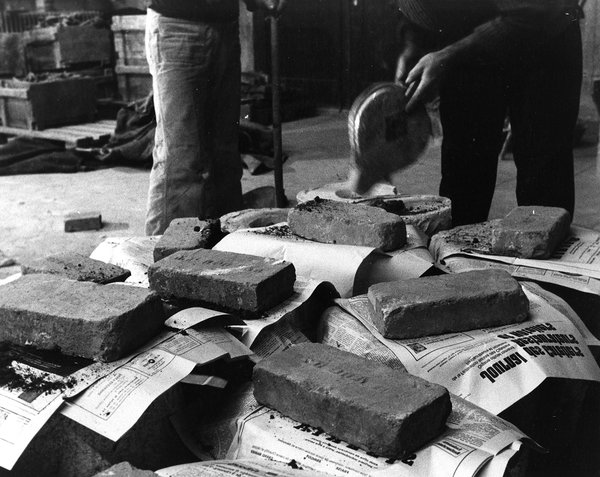 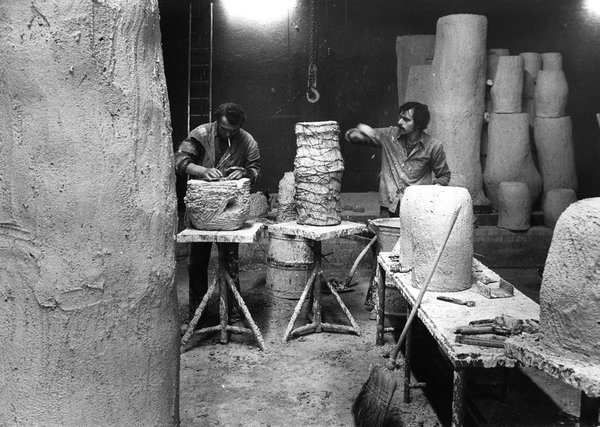 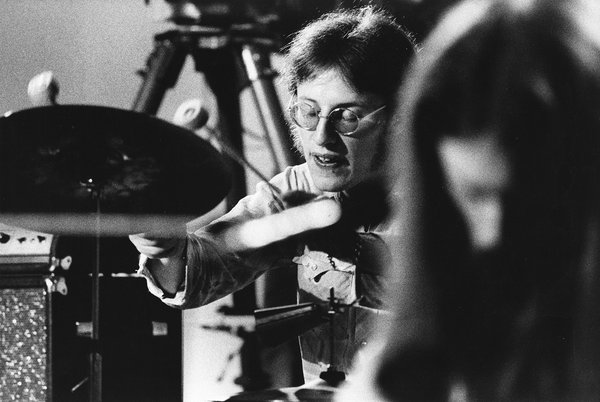 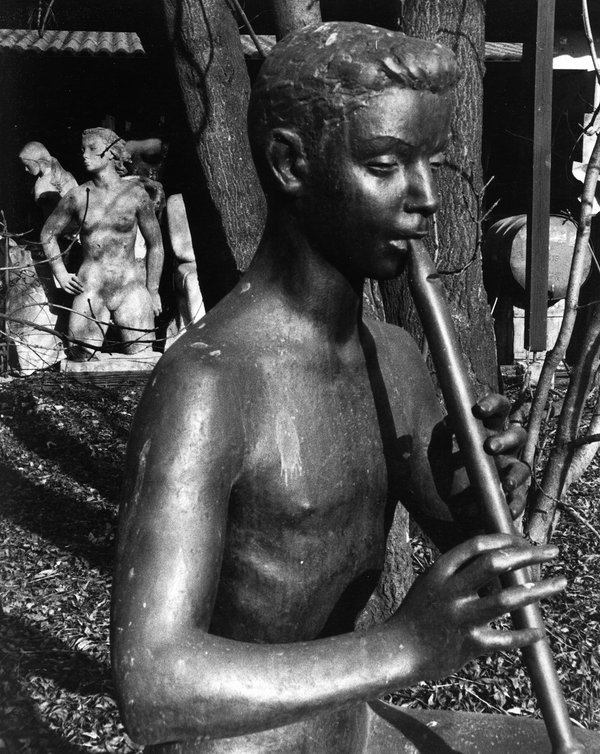 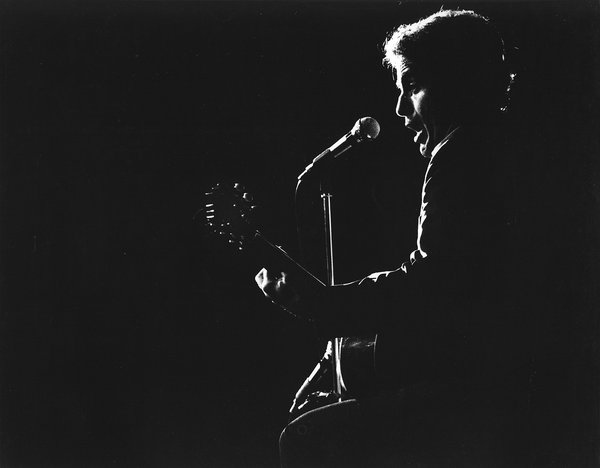